When I recently noticed that I have been a cosplay judge 11 times in less than 2 years, I thought it could be interesting to share my experiences with you. 🙂

Many thanks to all the people who asked their questions so that I could elaborate this post. If you have more, please ask them in the comments.

It’s first and foremost a place to have fun. You can meet and connect with the other cosplayers, the staff and the judges. Backstages and changing rooms are great places to bond with new people who share the same interests.

Do not expect to enjoy the convention activities when you are into a contest. From the meeting point, the prejudging, the stage performance and all the way to the awards ceremony, you’ll spend most of your time backstage. And don’t forget photoshoots, and the the fact that crowded alleys might damage your costume (uh, the fear of breaking a piece before you go on stage…)

In Europe, we are more used to contests with a stage performance. Cosplayers prepare a soundtrack with a short skit that they will play in front of the audience and the judges. It’s a short scenery with dialogues, fight, vocals, dance, funny skits… it’s up to the cosplayer to choose his way to showcase his costume.

In the US, you will mainly have maquerades and no (big) planned performance. I know that many french cosplayers are unseasy with this concept, but I can assure you that it’s not simpler nor more difficult, it’s just a different practice. The point is : the cosplayer walks on stage, takes some poses at set points on stage (tape on the floor, staff indications, platforms, etc.) while a host announces his name, the character he’s playing as, the origin of said character, sometimes tells interesting facts about the costume, then the cosplayer leaves the stage. It requires less preparation than a skit, but you’ll need to be careful about other things. You’ll have to focus on roleplay without audio support, do improv, try to be in synch with the ambient music. You generally have to walk across the stage, so you’ll need some mobility on your costume. Nothing is more stressful than being stuck or slowed down by a tight dress or stiff armor parts. This kind of contest has a steady pace : each contestant must be ready to enter on stage as soon as the previous one is gone. Attendees have less time on stage, but on the other hand it’s easier to fit 40 cosplayers in the same timeframe…

Each convention, each cosplay contest organizer and perhaps even each cosplay judge, will have his own scoring grid.
On a costume, many things are taken into account : the overall quality, the amount of work it took, the diversity of techniques used, the choice of materials, the details, the finishing touches, how pieces articulate together, the overall mobility relative to size, the accuracy of the colours, the fidelity to the reference picture, the originality in the craftsmanship or the choice of the costume…
On a stage peformance : the role play, the originality of the skit, the understandability of the scene, the quality of the soundtrack…

Ranks are often 1st, 2nd and 3rd (with usually a solo and a group rating), but depending on the contests you can find “special prizes” or categories.
A few examples (you will discover that there are almost as many ranks as there are contests) :

Of course, contests rules may vary a lot from one convention to another. “Local” conventions are often more flexible than national selections. If you want to attend a cosplay contest for the first time, small and medium conventions are usually less intimidating and strict in their rules. The atmosphere is also more friendly and less competitive (it doesn’t mean that bigger contests atmosphere is not friendly :P)

Quite often, the judge panel is composed of cosplayers, but it’s not always the case ! You can also find costume designers, professionals from theaters or from the film industry, make up or FX artists, photographers, studio directors…

A few tips for cosplayers who attend contests (or want to) :

How is 3D printing perceived ?

Even if at first it was a bit bad perceived by some cosplayers, it’s an actual tool that is more and more common and that you can use on your costumes, even in a contest. However, remember to inform the judges if you made the 3D model on your own, if you made some changes on a model you found, or if it was ready to print. The amount of work may vary from a piece to another and depending on the printer you’re using, feel free to provide details about your work (cuts, if you needed to print the piece in several parts, sanding, painting, etc.)

Well yes… you often find advice for cosplay attendees, but more rarely for judges ! It is therefore an exercise that can be difficult if you have never done it before. 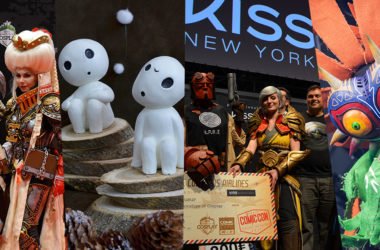 2017 was a really busy year for us at Black Owl Studio. Many conventions, the Crown Championships of Cosplay finals, new costumes, and the development of our little business still...[...] 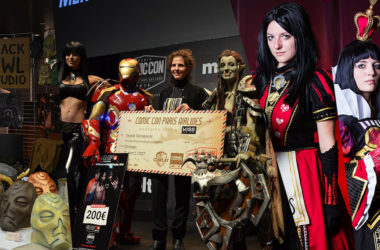 2016 marked a turning point for Black Owl Studio. Few new costumes made, but we had many events, shootings, contests and the starting of our business. A look back on[...] 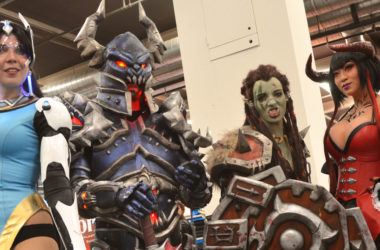 A photo summary of our visit to the Fantasy Basel 2016 - The Swiss Comic Con where we went saturday. An epic day, in which we met and saw many[...]