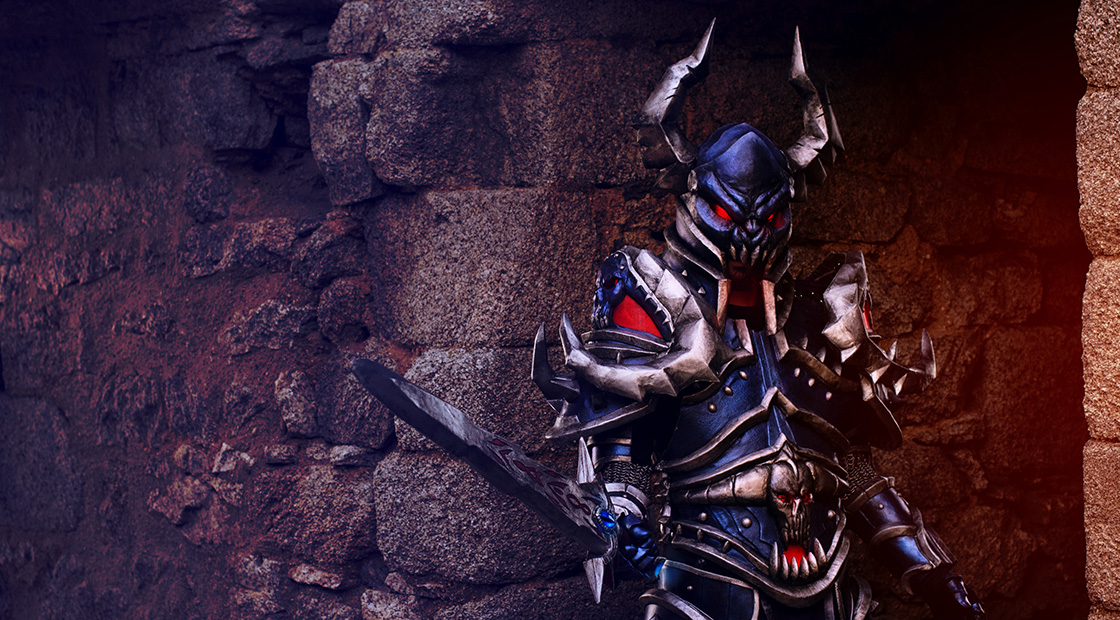 After a bit of hesitation, Mael’s cosplay choice ended up on the Black Knight from Warcraft. The costume is entirely based on the artwork made by Alex Horley and used on the Hearthstone card. So, we apologize to die hard World of Warcraft fans who may have noticed some differences compared to the original… but in our defense, we are still new to the game (but we are working on it! 😉 )

Right under the photo gallery, do not miss the clip from our Blizzcon 2015 cosplay contest appearance!